“A Jesse Stuart Reader” is a collection of 18 short stories, excerpts from “God’s Oddling,” “The Thread That Runs So True,” and “The Year of My Rebirth,” and 26 poems. The book was designed for junior high and high school readers, so it includes study questions for each entry in the book. This book also includes an “Author’s Introduction” to each selection that explains the real-life circumstances that inspired each entry. This collection would be interesting to adult readers, but it would be especially helpful to parents who are home-schooling teenage children or classroom teachers who want their students to read literature that is set in eastern Kentucky.

Jesse Stuart’s writings have been part of the catalyst for the current rebirth of interest in Appalachian literature. I am particularly impressed with Stuart’s short stories, which I began reading in 1957-1958, during my eighth-grade school year. My grandmother, Clara Moore Clark, was my teacher.

My grandmother, who raised me and my brother and saved us from a life of parent-less misery, could have retired before the 1957-1958 school year, but she chose to teach another year so that I could be in her room in the eighth grade. I did not realize it at the time, but what I learned from her that year established the pattern for the rest of my life. One of my shining memories of that year was her daily reading. Every day, after lunch, we were required to put our heads down on our desks (at the time I thought it was so that we could rest) and she read to us in serial fashion from a Jesse Stuart book or short story. That was 63 years ago, and I remember it as vividly as if it happened yesterday. I couldn’t wait for the next day’s installment. Would Jesse whip Guy Hawkins? Would he freeze to death on that mountain? Would his students win the academic competition with a much larger school? I found two role models that year, and I set myself on a course to become a teacher.  Later I realized that my life-long interest in the history and literature of Appalachia began with my grandmother’s stories combined with similar stories from Jesse Stuart.

My favorite story in this collection is “This Farm For Sale.” This story, along with many of the other stories and poems in this book, would be excellent read aloud material for students and parents at home. It would also lend itself to scripting for a class in any school setting.

In “This Farm For Sale,” local farmer, Dick Stone, to the delight of his family, decides to sell out and move to town. So he hires his old friend Melvin Spencer, a well-known local realtor, to sell his large hill farm. Spencer, who is really a poet at heart, describes in glowing detail the farm and its many products. Spencer’s advertisement is so vividly descriptive that it causes Dick Stone to see his farm with new eyes. He says to his family: “I didn’t know I had so much. I’m a rich man and didn’t know it. I’m not selling this farm!”

Melvin Spencer, through the power of his language, gives Dick Stone a heightened sense of the value of his farm.  In similar fashion, Jesse Stuart’s literature allows us to see our lives and land with greater appreciation.  It is Jesse Stuart’s gift to each reader, and it is priceless.

“A Jesse Stuart Reader” is available at the Jesse Stuart Foundation Bookstore & Appalachian Gift Shop at 4440 13th Street in Ashland. For more information, or to place an order, call (606) 326-1667 or email jsf@jsfbooks.com. 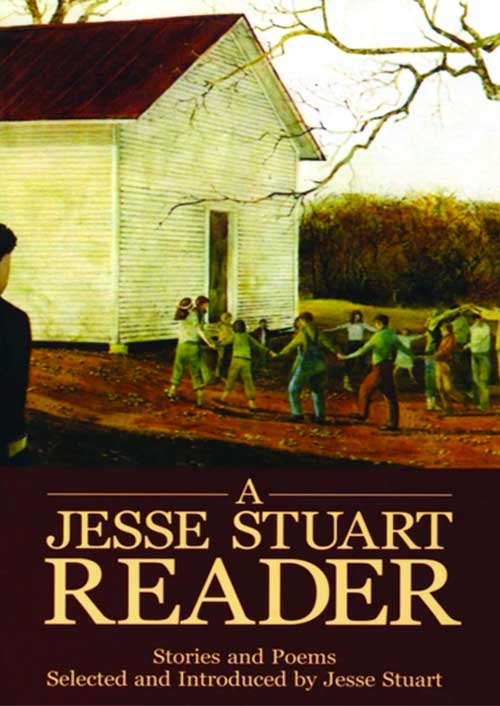