One of eastern Kentucky’s greatest heroines, Eula Riley Hall, died May 8 at her home in Craynor (Floyd County), Kentucky. She was 93.

Eula Hall was born into Appalachian poverty on the floor of her family’s four-room cabin in Pike County on October 29, 1927. When she was 14 – just out of middle school – she went to work in a boarding house, cleaning and cooking for miners.  At age 17, she married an abusive miner, McKinley Hall, and helped him make “good, clean, and safe” moonshine.

As a child, she saw her mother nearly bleed to death giving birth to a stillborn child.  As an adult, she became painfully aware of eastern Kentucky’s lack of doctors, nurses, and health care services. “If it ain’t right, make it right,” she said.  And she devoted her life to improving the quality of life in eastern Kentucky and making it right.

In 1973, having witnessed the failures of several federal health care programs in eastern Kentucky, she took matters into her owns hands and founded the nonprofit Mud Creek Clinic in Grethel (Floyd County), Kentucky. “Ain’t nothing here but hard work and sick people,” she said. Still she was able to recruit idealistic young doctors and nurses who provided health care for poor people – some of whom had never seen a doctor before. Eula Hall’s torch that attracted medical personnel to eastern Kentucky was held higher and burned brighter in the hands of Johnson County philanthropists, Chad and Julianne Perry who founded the School of Osteopathic Medicine at the University of Pikeville.

Eula Hall, according to one Kentucky leader, was “one of the toughest people” in the state. She became a well-known and highly respected political activist and community action advocate. According to one of Kentucky’s fine scholars, Carol Crowe-Carraco, she made “state welfare administrators and county school boards more responsive to the needs of the people of eastern Kentucky.”

In June 1982, a fire (she suspected arson) destroyed her Mud Creek Clinic, and she immediately set about raising money to rebuild. She held yard sales, potluck dinners, and roadblocks to collect money locally.  A television story about her work brought donations from a national audience of admirers. Her new clinic opened in 1984. Her goal was to “keep little health problems from becoming major problems” for the people of eastern Kentucky.

Modest about her success, Eula told her biographer that she was “just too damn stubborn to sit by and let the world be cruel to my family and friends.”

A popular speaker in her later years, Hall was inducted into the Kentucky Women Hall of Fame in 1987. Her greatest recognition, however, came in the form of heartfelt praise from the people she helped.

Local author Brenda Evans, a brilliant and sensitive interpreter of contemporary Appalachian life, has a wonderful essay on Eula Hall in “Hidden Heroes of the Big Sandy Valley,” a book published by the Jesse Stuart Foundation in 2015. This book and many others by Jesse Stuart and other Kentucky and Appalachian authors are available at the JSF Bookstore & Appalachian Gift Shop at 4440 13th Street in Ashland. For more information, or to place an order, call (606) 326-1667 or e-mail jsf@jsfbooks.com. 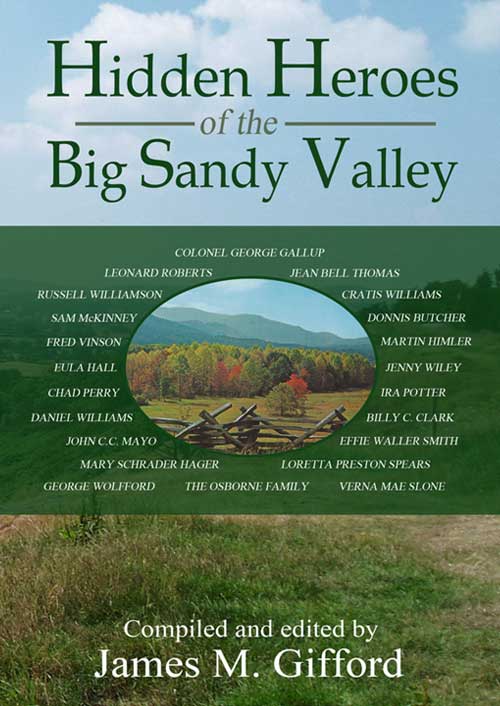